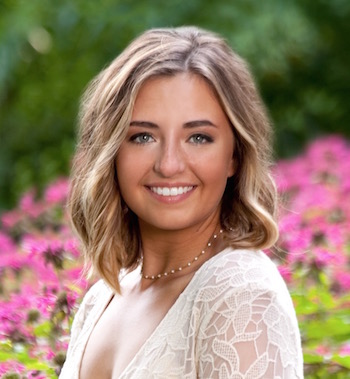 Kaitlin will attend University of Illinois at Urbana-Champaign this fall, studying finance and accounting. She will enter the Business College as a James Scholar and Business Honors student.

Kaitlin is the ninth awardee of the $1,000 scholarship and the first under its new name in honor of Illinois alumni and past Twin Cities Illini Club president Jack Carlson.

Kaitlin graduated from Edina High School with academic honors, designated an Edina Scholar and AP Scholar with Distinction. She was a member of the marching band and participated in softball and tennis. She was a three-year member and a captain of her school’s Model UN Travel team, earning distinction at the 2016 Model United Nations Conference held in  Berkeley, CA. Her other extracurricular activities included Science Club, Art Club, Chess Club, Spanish Club, and the Mock Trial Team.

Each year the Twin Cities Illini Club awards a scholarship to a Minnesota student who excels in academics and extracurricular activities and who has committed to attending the University of Illinois. The club launched the scholarship program in 2008. Incoming first-year students are invited to apply in April with the winner announced by early July.  Proceeds from club activities fund the scholarship.

To learn more about the scholarship, visit the Scholarship Information page or email the club at tcIlliniclub@gmail.com

Read about our previous awardees.